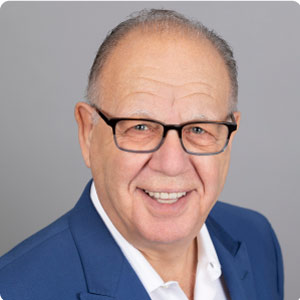 Starting in real estate in sales in 1968, Barry Lebow has evolved into one of Canada’s most recognized real estate professionals. A featured real estate columnist, his articles circulate across Canada and around the world. As a popular guest speaker and instructor he has appeared before real estate and legal audiences across Canada, the United States, Mexico. Panama and the Caribbean.

Barry is one of the most versatile of all real estate professionals, given his demonstrated experience in areas including real estate evaluation, brokerage, construction and renovation, mediation, arbitration, mortgage brokerage and of course, his passion – education. This extensive background has qualified him as an expert witness in over 500 court proceedings plus hearings and arbitrations. Lebow reports have been accepted by courts in many countries, from America to China, from Israel to New Zealand.

Barry has earned sixteen recognized real estate designations and is or has been a member of 20 real estate organizations. He has served as chair, president, or sat on the national boards of various professional associations. He was a former national director of the REIC and a former national director of CNAREA. In 2008 he launched the Accredited Senior Agent designation program for Realtors across Canada which is now nearing 3,500 members in three provinces. The ASA designation program is now governed by well known real estate personality and trainer, Chris Newell who has increased the membership and brought many new programs to the members. Barry acts as an advisor to the program today. Barry also is part of the elite, Master ASA Program which includes Realtors dedicated to serving seniors and their families.

He is the author of various education courses that have been given to North American Realtors for some years and with new courses always being developed as Barry is a popular speaker.

He built Lebow, Hicks Ltd. into one of the leading appraisal firms in Canada. Barry has stepped down from being CEO with Lois Hicks, AACI taking control of the firm as Barry specializes today in two areas, real estate stigma and real estate agency. He personally appraised more than 1,000 UFFI impacted properties during the 1980s and testified in about 80 UFFI cases. Today, his work with stigma has included murders, suicides, termites, insulation, grow houses, contamination. He has been the lead expert in various class action lawsuit inclusive of a major case where an entire town has been contaminated by decades of chemical spill.

During his years as active appraiser, in one three year period during the past decade he appraised more than 25,000 apartment suites in communities throughout Ontario. In 2008, Barry travelled across the United States on the largest litigation case of his appraisal career. Barry is also a commercial Realtor and long time Toronto Real Estate Board member.

Barry is highly sought real estate educator and speaker. He has appeared on expert panels or as a key note speaker for groups from CMHC, the Law Society of Upper Canada, BILD, REIC, and many others. He is the author of various real estate programs that are approved for agent continuing education and is the founder of the Accredited Senior Agent professional designation program for Canadian REALTORS.

Barry is a community leader who has continually been active raising money or volunteering for various charities or community groups. He sits as a real estate advisor on two non-profit housing boards and supports many charities.

Barry has two adult children and two grandchildren whom he dotes on.