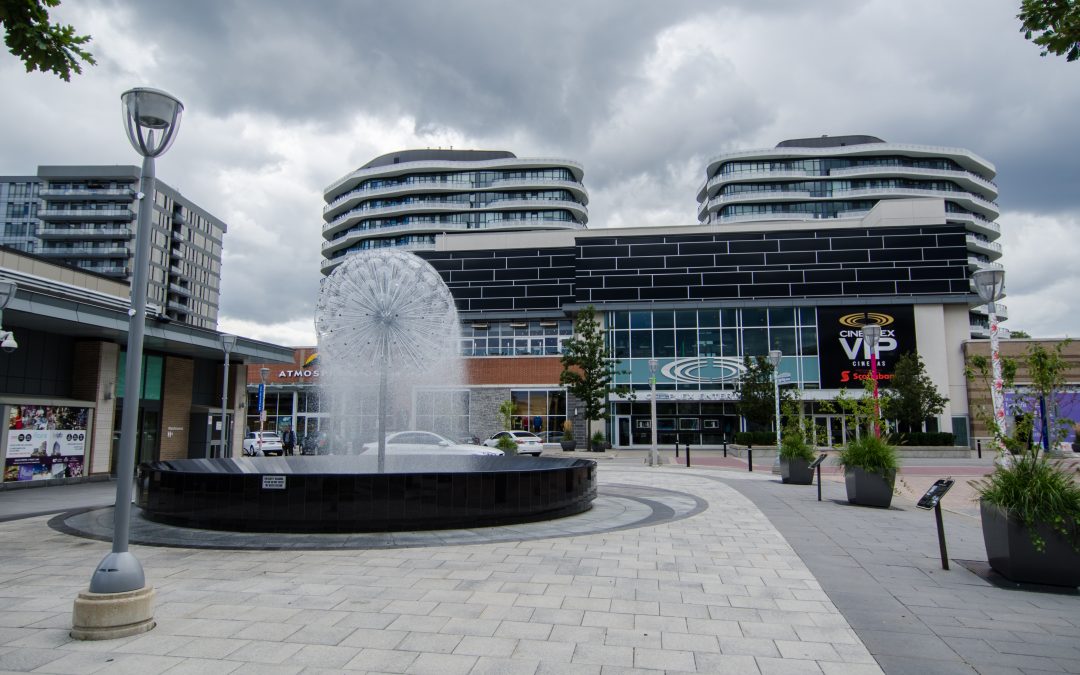 Don Mills is one of the most popular neighbourhoods in all of Toronto. Located on the south-side of North York, the neighbourhood combines a peaceful residential area with a bustling commercial hub situated around the Shops on Don Mills outdoor shopping centre. Don Mills is a desirable destination because of its quick access to the downtown core, wonderful scenery, and excellent selection of schools. Like most of Toronto, Don Mills is an extremely culturally diverse place. Aside from English, the other languages most spoken in Don Mills homes are Mandarin, Cantonese, Farsi, and Tagalog.

Where is Don Mills neighbourhood?

Getting around Don Mills in Toronto

Don Mills in Toronto has an abundance of excellent transportation options. The neighbourhood is located right next to two major highways. Highway 401 can take you east to Scarborough or west to Etobicoke and Mississauga in under an hour. The Don Valley Parkway can take you north to Markham or south into the downtown core in less than twenty minutes. Motorists can easily reach just about anywhere in the city from Don Mills.

The neighbourhood also has a great public transportation system with TTC bus routes running along York Mills, Lawrence Avenue East, and Leslie Street, connecting you to the Yonge-University Spadina Subway line. The bus routes on Don Mills Road can take you all the way south to Pape station connecting you to the Bloor-Danforth Subway line. On top of that, construction is currently underway on the Crosstown Light Rail Line along Eglinton Avenue, which will provide Don Mills residents with yet another transportation option running from Mount Dennis to Kennedy.

A brief history of Don Mills

The name “Don Mills” is in reference to the numerous water mills that were built along the Don River in the 1800s. In 1914, the Dunlap family bought land in the area and built the world-renowned Donalda Farm. The farmland was later sold to the Don Mills Development Company in 1952 but the Donalda farmhouse still stands to this day acting as the club house for the Donalda Golf Club. There was ongoing development between 1952 and 1962 to build the model community of Don Mills.

The design of this new community would be influenced by the Garden City movement started in London in the late 1800s. The Don Mills neighbourhood would follow a list of specific design principles. Don Mills would be separated into four neighbourhood quadrants each with its own school, park and church all situated around a regional shopping center (Don Mills Center at the time). Greenbelts would be left untouched by development to maintain the natural beauty of the area’s woodlands and ravines. There would also be a concerted effort to incorporate industry and commercial spaces within the neighbourhood so residents could shop and work close to home. The Don Mills neighbourhood finished construction in the mid 1960s and was heralded as the first planned and fully integrated post-war community in North America.

The types of homes in Don Mills

Most of the residential space and homes in Don Mills are occupied by houses built in the mid 1960s and early 1970s. These houses were built on square lots with long street frontage, which meant that the houses faced the street with their long side giving them slightly shorter backyards than other neighbourhoods in the city. Most of the houses are detached two storey homes located on long winding, pedestrian friendly streets. Along Don Mills Road there are several low-rise and high-rise luxury condominiums with only more under construction in the southern part of the neighbourhood surrounding the new Crosstown LRT line. The diversity of housing options makes Don Mills a desirable destination for both homeowners and renters alike.

Making the move to Don Mills

Don Mills is one of the most sought-after neighbourhoods in the city because of its wide range of housing options, great access to transportation and shopping, and its strong school system. Whether you are a family looking to settle down long-term or a young professional looking to rent an apartment at an affordable price yet still be close to Downtown, Don Mills is the perfect place for you. Moving into a new home, whether that be an apartment or a house, is a very daunting task. Self-storage can be a useful tool to help alleviate some of the pressure on move in day and can be used as an extra storage option, which is especially nice to have for apartment living.

Right now, Storwell Self Storage is providing my clients with an exclusive offer of 4 weeks of free self-storage at any of their facilities. Storwell has locations across the GTA including Mississauga, Etobicoke, and one location in Scarborough on Markham Road and the 401, just a short drive east of Don Mills. If you are moving to the Don Mills neighbourhood and need self-storage to help with your next move, you can visit a Storwell facility in person to demo a unit.

The original Don Mills Centre was a modest shopping mall built in 1955 on the corner of Don Mills and Lawrence Avenue East. The Centre was demolished, and in 2009 construction finished on the Shops at Don Mills. The new shopping centre had an open-air settling with a network of private internal streets and a stronger focus on up-scale retail stores. The Shops at Don Mills is home to over 70 stores including Azadi Jewellery, Brooks Brothers, Guess, and Swarovski. The shopping centre also has a wide range of dining options including Pi Co., Jack Astor’s Bar and Grill, and Chipotle.

Parks and recreation in Don Mills

Although Don Mills is just minutes away from a major urban center, it has and amazing amount of greenery and parkland. The Don Mills Trail is a heavily wooded nature trail that ends at Bond Avenue and transitions northward under the name Leaside Spur Trail. At that transition point, you will find Bond Park. Bond Park has several amenities including five full-sized baseball diamonds and six well-maintained tennis courts that belong to the Don Mills Tennis Club.

The historic Don River cuts through the center of the Don Mills neighbourhood and is incorporated into several holes at the Donalda Golf Club. The Donalda Golf Club offers a majestic and challenging 18-hole golf course but also has several other sports features including 12 clay tennis courts, 4 sheets of curling ice, 2 squash courts, and a 25-meter pool. Just south of Don Mills, on Eglinton Avenue and St. Dennis Drive, is the Flemingdon Park Golf Club, which has a 9-hole public course that is perfect for beginner golfers just learning the game.

Sunnybrook Park is a massive park located just west of Leslie Street, that has a bike trail, three cricket pitches, and several picnic sites. Just north of Sunnybrook Park on Lawrence Avenue West, is the Toronto Botanical Garden. The serene site spans out over four acres of land and features seventeen different themed gardens. A trip to the Toronto Botanical Garden is a great way to spend the day with the family, and another attraction that’s fun for the whole family is the Ontario Science Center that is located just a few minutes south of Don Mills. The Ontario Science Center has a whole host of interactive exhibits on science and technology along with an IMAX cinema.

The best schools in Don Mills

The best places to eat in Don Mills

Don Mills’ culturally diverse community is reflected in its eclectic blend of dining options, which includes cuisine from all over the world. On Don Mills and Chipping Road you will find Baretto Caffe, a modern minimalist Italian coffee shop that serves espresso, pasta, pizza, and panini. Right next to Baretto’s is Matsuda Japanese Cuisine, which is a relaxed Japanese restaurant that serves Japanese barbeque and all you can eat sushi. For an elegant fine-dining experience, head over to David Duncan House on Moatfield Drive and try their prime steaks and seafood entrees. If you have room left for dessert, you can go to Wooffles and Cream on Mallard Road and try their Hong Kong style waffles and delicious soft serve ice cream.

If you are interested in buying a house in Don Mills neighbourhood for your family, or if you are downsizing and selling your home and would like to find a condo or apartment for seniors Barry can help you find the best options to suit your needs. Contact Barry at 416-399-2852.