What is Real Estate Stigma?

“An adverse public perception regarding a property; the identification of a property with some type of opprobrium (environmental contamination, a grisly crime), which exacts a penalty on the marketability of the property and hence its value.”
– Source, The Dictionary of Real Estate Appraisal, American Appraisal Institute 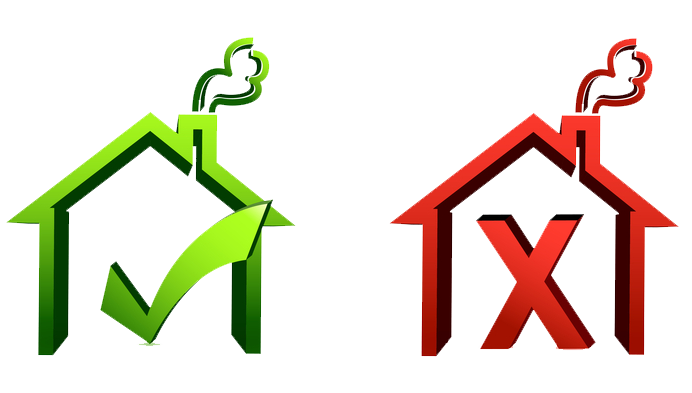 Stigma is basically the effect that lingers after the cure. In real estate it can be something as simple as “how clean is clean?” This refers to a property that may have had an oil spill. The buyer may have full access to the reports from the environmental experts but due to say a migrating underground water supply, they are still uncomfortable as they have concerns that oil may seep back.

For grow operations (“grow-ops,” marijuana grow houses) the problem of stigma concern buyers. The biggest factor in a former grow-op is the potential for mould infestation, followed by structural damage to the house. It is a good idea for buyers to consider being a client of the Realtor and not just acustomer. A  buyer should know that a designated buyer rep works for them and their interests. One strong piece of advice, before considering buying any property is to always type in the address of a property in Google, on Yahoo and other search engines. Notorious properties probably have garnered some media attention. Unfortunately today, save for small communities, a police raid on a grow-op may not be of media interest due to the multiple of incidents. Your Realtor should always go into the local MLS system as far back as possible to search a subject property.

Realtors should never ignore previous listings on a property. Take the case of a Realtor who listed a property and after buyers found out just before the closing that the house had once been insulated with Urea Formaldehyde Foam Insulation or UFFI, which is a banned product. The buyers wanted a discount to close due to the UFFI but the listing agent pleaded ignorance of its presence. A simple MLS search would have found a previous listing on the same property where it was clearly stated that UFFI had been removed. She should have known as she should have done her research. Her lack of effort, which was minimal and of just relying on the Seller’s representation became a court case that could have been avoided.

Say that you bought a house and found out from a neighbour that it had been the scene of a horrific murder. You are angry, and you want to sue the Seller, and the listing and selling agents. In most jurisdictions, you were denied the right to a material fact. In some American states, such as California disclosure of a murder must be reported for three years. The problem with undisclosed murder or even suicide is that in Canada courts do not rule in favour of psychological perceived depreciation. Unless someone corrects me, I have yet to find a court case in Canadian courts that has ruled that a murder, a suicide or haunting has contributed to depreciate a property’s market value. In Canada, only Quebec has a murder disclosure law.

How does one measure the loss – if any? In a textbook situation, we would find various murder sites, compare their selling prices to similar and non-impacted houses in their area and then with enough data estimate a percentage loss to the subject house.

The is a problem of time. Did the murder happen last year or twenty years ago? In a small community even a fifty year old murder can be well remembered. In most provinces, I have not found limitations on disclosure. In Ontario for example, once you had UFFI you are compelled to disclose that fact even though it may have been removed in 1981, the year it was banned. Unlimited disclosure harms the selling public who can be innocent of full knowledge of the history of their home and leads to more lawsuits involving Realtors. It is just wrong to not specify how long a former problem has to be disclosed. That one factor alone, mandatory disclosure forever assists in stigmatizing real property.

For a former grow operation we do find comparable sales. We track known grow ops and compare them to similar houses (without the grow op problem) and estimate a percentage loss. This works when the data is abundant in bigger communities but becomes difficult in smaller centres.

Many stigma problems though cannot be measured from the marketplace. A loss of parking which negates a value, a mould issue, a bad construction job, etc. Comparable data is not available and sometimes the only method of measuring a loss it to employ empirical modelling and formulas that make common sense.

Here is a true test for a real loss in value -can you get a mortgage with the problem known to the lender? If the advance is reduced, if the rate is higher or they say no, you have stigma. Next major test – can you get insurance? If not or if higher premiums are quoted then you can have a stigma problem.

That is another topic, difficult to outline in one posting but for reference to find out if ghosts are real go to your favourite search engine and type in “Ghosts Nyack” or use this link,

Are ghosts real? That is a definite “yes” according to the Supreme Court of the State of New York. Very interesting case and a good read but it is American and has not been accepted by any Canadian court.

A house can be cleaned to the fullest, problems fixed but mould can result even a year later. The same with a house that had a water problem with recurring leakage or flooding. A one time occurrence though is usually not disclosed.

Sometimes public opinion or word-of-mouth can result in the highest loss in value. Stigma is either real or perceived. Once a community knows of a problem the word is out. In most provinces and states, Realtors must disclose but some of the laws are vague and a buyer is not always protected. A point of good advice – use a qualified home inspector, one who is reputable -check references and qualifications carefully and if they carry insurance coverage.

In 1981, when UFFI was banned I became engrossed in case after case. About 60–70 cases made it to court but in the decade that followed I wrote just more than 1,000 reports that were used by home owners with UFFI to either sue the former owners or the agents or both. Most of the cases settled as there was limited defence. Since that time, I have testified in approximately 600 court cases, mostly in matters relative to real estate valuation, stigma and real estate agency. The number of reports which I have written on these matters goes well into the high thousands.